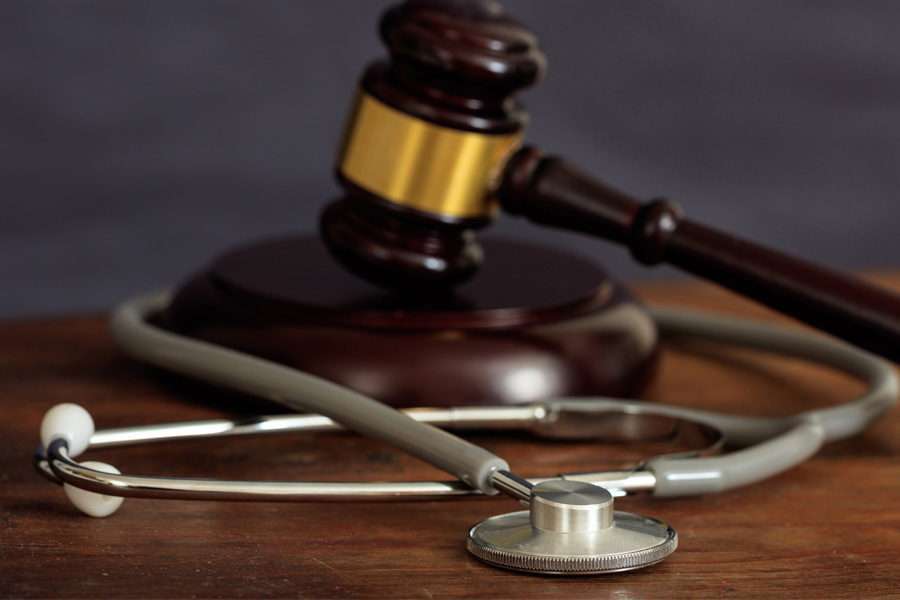 No other consumer/provider relationship in South Africa (SA) starts off on a more unbalanced level as the relationship between the consumer of health services and the provider thereof.

Often and specifically when making use of public healthcare services, the consumer has no other option but to trust the provider as there may not be any other resources available in the nearby vicinity (financial constraints may further limit choice in this regard) and to make things worse, the consumer is often not in a position to debate or challenge the quality of the service as he or she is physically in a poor state. It is, therefore, imperative that these services, whether rendered in the private or public sector, are rendered while having the utmost regard for the values enshrined in the Constitution such as the right to –

The new constitutional order has given new impetus to the law of delict; the legal duty of a person is not only tested against the convictions of a typical community, but the convictions of a community aware of their socio-economic rights more than ever. This has no doubt raised the proverbial bar with regard to a test for negligence.In Carmichele v Minister of Safety and Security and Another (Centre for Applied Legal Studies Intervening) 2001 (4) SA 938 (CC) matter, the court found that specific circumstances such as being a member of a vulnerable group plays a significant role and again emphasised the importance of judging each matter on its own merit. Various matters have contributed to the understanding that a person’s right to dignity does not fall away the moment he or she is a victim of medical negligence, their constitutionally guaranteed rights become more important because of their vulnerability.

‘A medical practitioner is not expected to bring to bear on a case entrusted to him the highest possible degree of professional skill but is bound to employ reasonable skill and care.’
What, in the context of medical negligence, can be seen as reasonable skill and care? In the matter of Van Wyk v Lewis 1924 AD 438 the court defined what reasonableness means –
‘… in deciding what is reasonable the court will have regard to the general level of skill and diligence possessed and exercised at the time by the members of the branch of the profession to which the practitioner belongs’.

The standard is the reasonable care, skill and diligence, which are ordinarily exercised in the profession generally.

In the Van Wyk matter, Wessels JA further held at p 461 – 462 that: ‘We cannot determine in the abstract whether a surgeon has or has not exhibited reasonable skill and care. We must place ourselves as nearly as possible in the exact position in which the surgeon found himself when he conducted the particular operation and we must then determine from all the circumstances whether he acted with reasonable care or negligently. Did he act as an average surgeon placed in similar circumstances would have acted, or did he manifestly fall short of the skill, care and judgment of the average surgeon in similar circumstances? If he falls short he is negligent’.

From the previous cases one accepts that the test for medical negligence is applied more subjectively compared to the test of ‘normal’ negligence. The medical practitioner’s or healthcare workers’ conduct is compared to a significantly smaller group namely, specialists with the same qualifications. In other words, general practitioners’ conduct is assessed and compared to the conduct of the reasonable general practitioners and specialist surgeon’s conduct is tested against other specialist surgeons’ conduct. The imperitia culpae adnumeratur rule applies, which means that a practitioner who undertakes work knowing that he or she lacks the skill or experience required to do a proper job will be liable if he or she causes damages due to his inability or inexperience. The court in Coppen v Impey 1916 CPD 309 confirmed this when Kotzé J stated: ‘Unskilfulness on his [the medical practitioner’s] part is equivalent to negligence and renders him liable to a plaintiff, who has sustained injury therefrom, the maxim of the law being imperitia culpae adnumeratur.’

The rationale for financial compensation due to damages suffered originates from Roman law where Pomponius stated that ‘plus cautionis in re est quam in persona’ or ‘goods are better sureties than the debtor’s person’. The tools developed to claim compensation originated from the actio legis Aquiliae, which is the action used to claim damages for patrimonial damage, the actio iniuriarum, which is used to claim damage when dignity and reputation is harmed, and a third unique action in which damage for harm due to shock, loss of amenities of life and loss of life expectancy can be claimed. South African common law developed to a point where the damages that were claimed had to be claimed in one single action. In the matter of Oslo Land Co Ltd v The Union Government 1938 AD 584 at 585 and 586 it was ruled that –

‘when once some damage has resulted from the wrongful act, or even if it is probable that damage will result, time begins to run and the plaintiff must bring his action within three years for all his damage and must claim for all damage once and for all … .’

‘a cause of action and the damages recoverable are an entirety and not divisible.’

The court in Casely, NO v Minister of Defence 1973 (1) SA 630 (A) confirmed this when Trollip JA ruled: ‘Under the common law a person or his dependant is only accorded a single, indivisible cause of action for recovering damages for all his loss or damage for the wrongful act causing his disablement or death’. In the matter of Mouton v Die Mynwerkersunie 1977 (1) SA 119 (A) Wessels AR interpreted the common law as:

‘In an action for damages it is normally expected that at the end of the case, on the basis of the evidence, a finding will be made, once and for all, of the amount of money that the defendant has to pay to the plaintiff for compensation’ (translated and paraphrased).

This implies that in actions for damages it is expected of the court to come to a conclusion, once and for all, as to the extent of damages that were sustained, according to the evidence placed before it. These dictums describe what we know today as the ‘once and for all rule’. Perhaps Johannes Voet was wise before his time when he said that the rationale for the once and for all rule was ‘to prevent inextricable difficulties arising from discordant or perhaps mutually contradictory decisions due to the same suit being aired more than once in different judicial proceedings’ (Johannes Voet (Translated by Sir Percival Gane) The selective Voet being the Commentary on the Pandects (Durban: LexisNexis 1989)).

Does the ‘once and for all’ rule imply that the award has to be paid in a lump sum? In the matter of AD and Another v MEC for Health and Social Development Western Cape Provincial Government (WCC) (unreported case no 27428/10, 7-9-2016) (Rogers J) the defendant requested the court to develop the common law, so as to relieve the state of the financial burden, which lump sum awards create and which lump sum awards hamper organs of state in progressively realising everyone’s right to have access to health care services. The gist of its argument being that awards in favour of the few are said to harm the rights of many. In this case the quantum of damages regarding a new-born baby who was negligently discharged with jaundice from hospital was in dispute. In essence the defendant alleged that the existing rule (the ‘once and for all’ rule) should be changed so that an award of damages may not be made ‘in such a manner that the amount ultimately to be paid is dependent on when future events take place, or whether they take place’. It suggested the implementation of claw back provisions, which require that money that was paid via the lump sum rule should be paid back when the person to whom the money was paid dies, or it is found that the money was too much. The defendant conceded that a top-up (if the money awarded via the lump sum rule runs out sooner than expected) provision should also be added if a claw back provision should be implemented. The defendant relied on its constitutional obligations but did not convince the court. The court did, however, concede that a move away from the lump sum rule towards a system where future medical expenses are met as and when they arise would match current needs but that: ‘A radical departure of that kind should be left to the legislature’.

In the matter of The Premier of the Western Cape Provincial Government NO v Rochelle Madalyn Kiewitz obo Jaydin Kiewitz (WCC) (unreported case no 158/2016, 30-3-2017) (Nicholls AJA (Leach, Tshiqi, Majiedt and Swain JJA concurring), another attempt to limit the way in which damages the state had to pay a victim of medical negligence was launched. The defendant submitted a plea in mitigation in which it undertook to provide all relevant future medical treatment in any of its hospitals and clinics in the relevant province, free of charge and for life. The defendant aimed to implement this undertaking by appointing a person within its employ to liaise with the plaintiff on all aspects that relate to the treatment specified in its offer. In the event of a dispute an objective third party would be appointed to intervene. Future medical costs submitted by the plaintiff were based on the rates applicable in private healthcare facilities and the court declared that the defendant had to ascertain that the level of medical care in public hospitals compare favourably to care in private healthcare facilities. The defendant omitted to establish this and it seems that the court favoured the plaintiff’s view that the defendant’s plea was a poorly disguised attempt to avoid the payment of a lump sum delictual damages in monetary terms. The court dismissed the defendant’s plea.

A report by Algorithm Consultants & Actuaries dated 20 February 2017 stated that the National Department of Health in SA faces claims amounting to R 40 billion. It further stated that the surge in medical negligence claims was not unique to SA, but comparable to countries such as the United States and the United Kingdom. In the last-mentioned countries, this surge has led to certain legal reforms more specifically a limitation or cap on amounts that plaintiffs can claim. It, however, warned against the uncontrolled and untested of capping of awards in medical negligence claims and based this warning, in part, on the effects of capping claims introduced by the Road Accident Fund Amendment Act 19 of 2005 (the Act) had on the Road Accident Fund (RAF). The report confirmed that the 2008 amendment to the Act had not in fact achieved the goal of reducing the amounts or frequency of claims but that ‘it appears as if both claim severity and claim frequency has increased significantly post Amendment Act’. The RAF paid out R 8,7 billion in general damages in the year ending March 2016, compared to R 3,9 billion in the year ending March 2008. The average payment for loss of income increased form R 264 337 in the year ending March 2008 to R 739 214 in the year ending 31 March 2016.

The above clearly indicates that proposed limitations imposed on financial compensation due to medical negligence demands scrutiny in various forms but most importantly from a constitutional perspective. The importance of considering the interaction between the rights guaranteed in the Constitution and other mechanisms cannot be underestimated. Unfortunately, and this has been found to be prevailing in recent times, the Constitutional Court remains ambivalent on several issues including the issue of dignity in that it has never given a comprehensive definition of this important construct. When a healthcare practitioner or provider treats members of the public it is the patient’s right to dignity that should be held in highest regard. The current state of affairs undeniably begs the question whether the practitioner or provider’s understanding of dignity is sufficient.